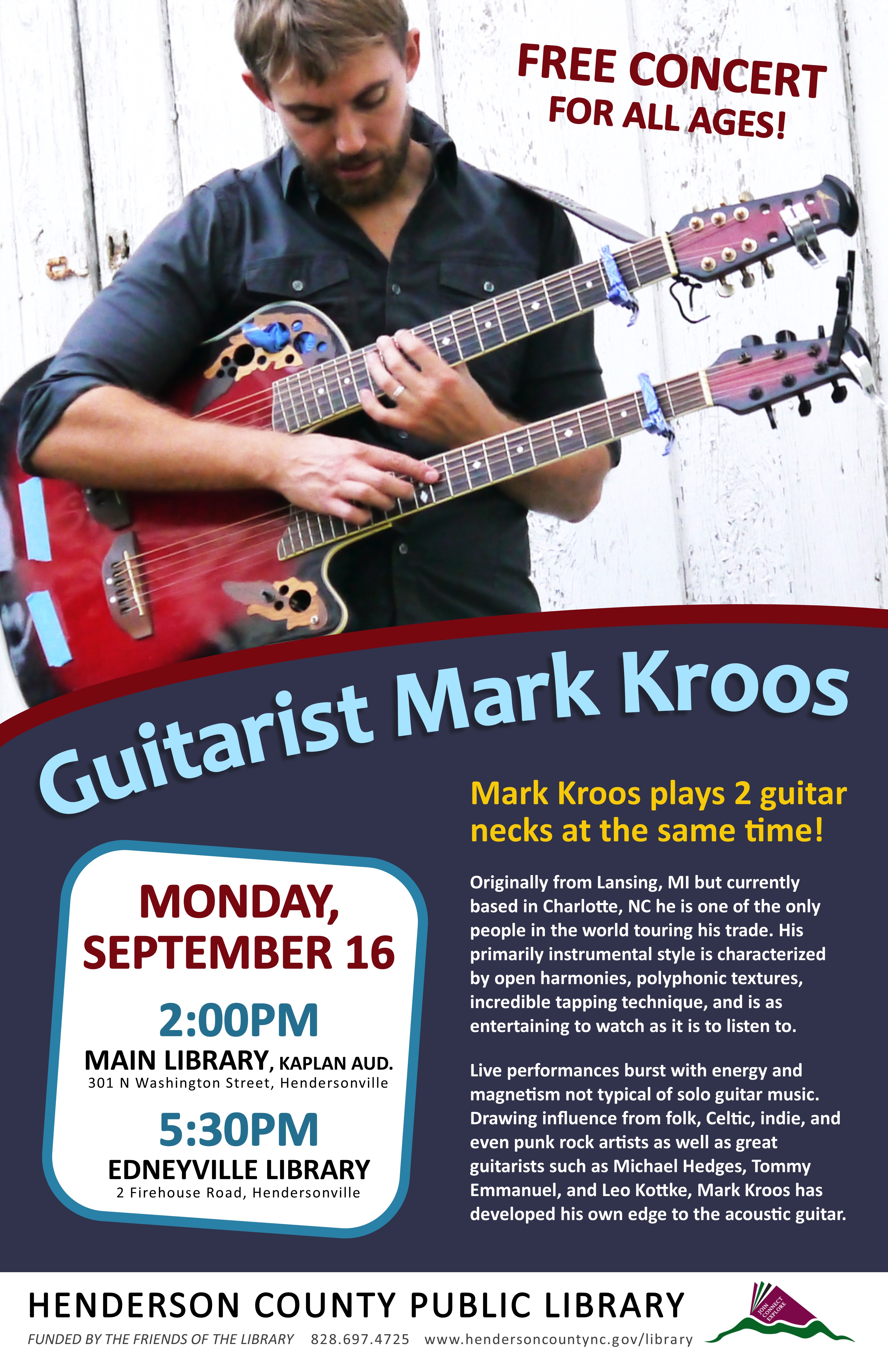 Mark Kroos plays 2 guitar necks at the same time. Originally from Lansing, MI but currently based in Charlotte, NC, he is one of the only people in the world touring his trade. His primarily instrumental style is characterized by open harmonies, polyphonic textures, incredible tapping technique, and is as entertaining to watch as it is to listen to. Live performances burst with energy and magnetism not typical of solo guitar music. Drawing influence from folk, Celtic, indie, and even punk rock artists as well as great guitarists such as Michael Hedges, Tommy Emmanuel, and Leo Kottke, Mark Kroos has developed his own edge to the acoustic guitar.

This free program is funded by the Friends of the Library.