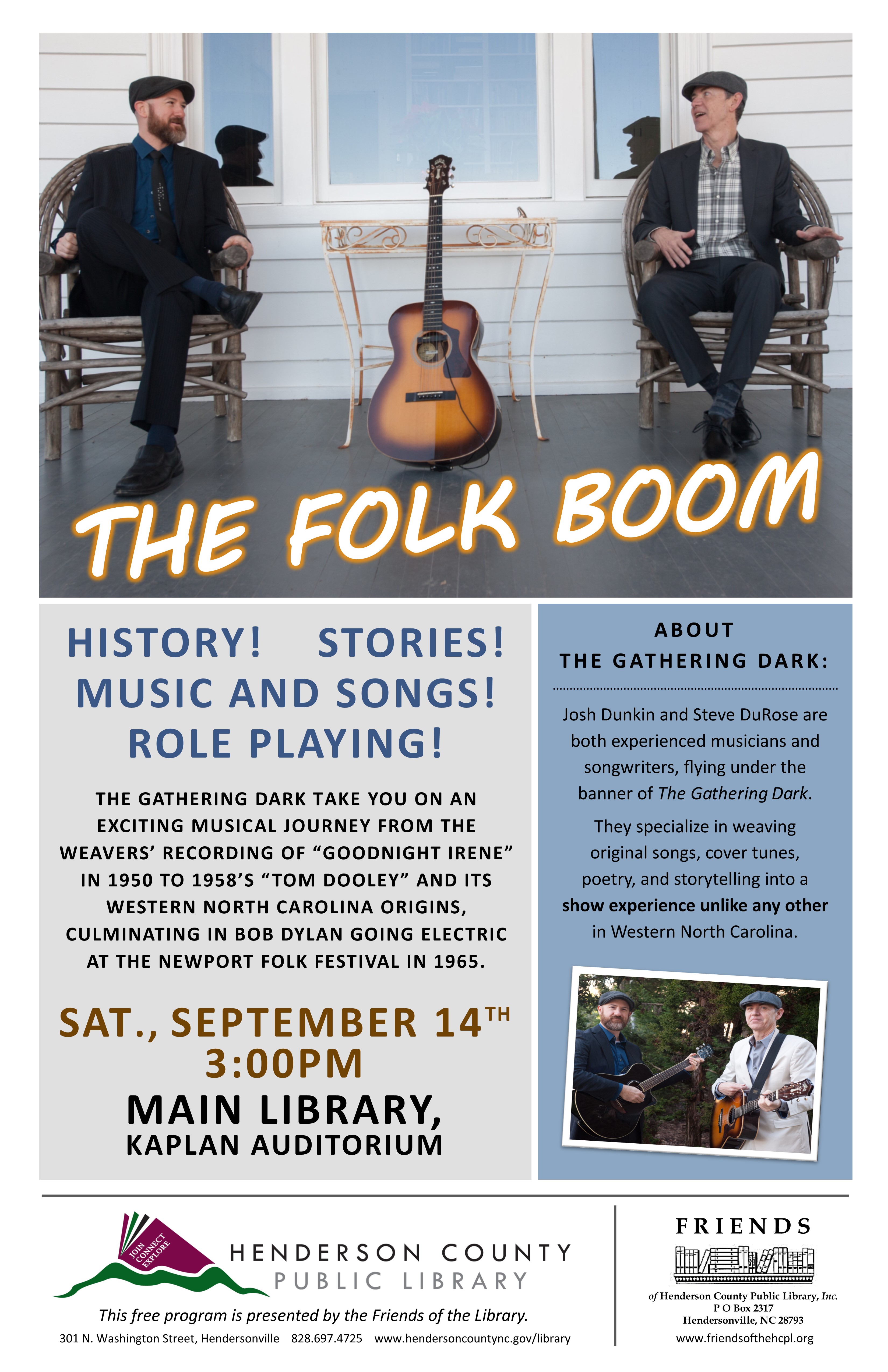 Following hot on the heels of America’s Jazz Age, folk music exploded onto the American mainstream in the early 1950s. The Folk Boom explores the songs and stories of the men and women whose talents and personalities redefined American culture and, in turn, shaped the world in which we live today. The Gathering Dark embark upon a musical journey from the Weavers recording of “Goodnight Irene” in 1950, to 1958’s Tom Dooley and its Western North Carolina origins, and culminating in Bob Dylan going electric at the Newport Folk Festival in 1965. Hear the songs and the stories behind them as The Gathering Dark celebrate the musical and societal significance of folk music.

About The Gathering Dark: Josh Dunkin and Steve DuRose found one another in Hendersonville, NC via Chicago and Los Angeles, respectively. Dunkin is a songwriter and actor/comedian who studied at the famed Second City. DuRose is a life-long student of the craft of songwriting as well as a working musician. Together they fly under the banner of The Gathering Dark and specialize in weaving original songs, cover tunes, poetry, and storytelling into a show experience unlike any other in Western North Carolina. The Gathering Dark currently host the ongoing Takes All Kinds at Sanctuary Brewing and have created custom-built shows for venues around Hendersonville including Poe Show: Party Like Nevermore and Dylan at Connemara. The Gathering Dark have been featured in The Laurel of Asheville magazine and have appeared on CBS’s Carolina Morning show and WLOS morning news.

This free program is presented by the Friends of the Library.
For more information, contact the Main Library at 697-4725.